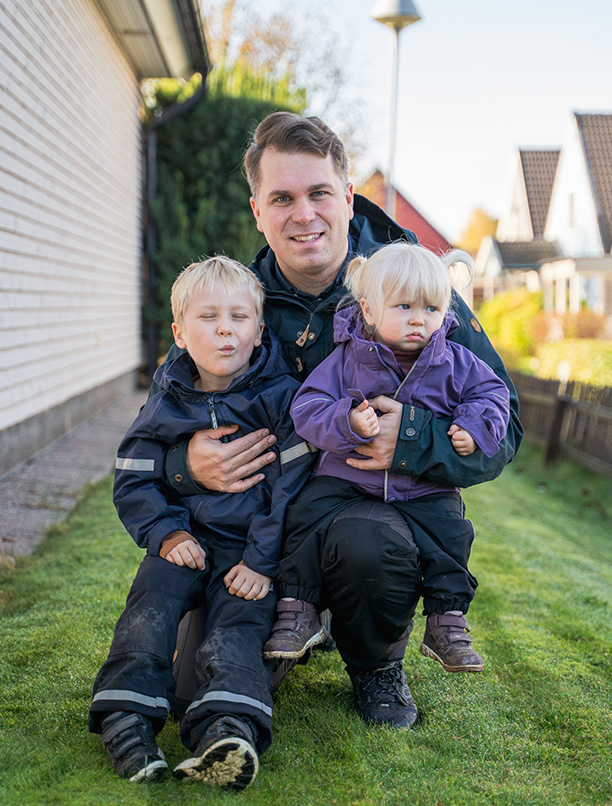 Daniel Persson moved from Stockholm to East Sweden with his family in August 2019. Both he and his partner previously studied at Linköping university which made them familiar with the region. The idea of moving started to grow as early as 2016 when the couple had their first child.

– In Stockholm we had no family living close by. We started discussing if we should move to get closer to them. The choice stood between Malmö, where I’m from, or to East Sweden where my partner Anna has her family.

Another reason for relocating was their living situation in Stockholm. Cramped together in a three-bedroom apartment they started dreaming of more space, maybe even a house.

– When we put two and two together the most reasonable choice seemed to be East Sweden and Norrköping. Here we could afford to buy a house and we would live closer to Anna’s family. We knew the city Norrköping from before and we were confident that it had a big enough selection of stores, restaurants, museums etc. to suit our needs.

Furthermore, the couple felt assured they would find suitable jobs in the region. In Stockholm Daniel was working as a system developer at the travel company Ving. Today he works with basically the same thing but at the Norrköping based company Voyado. One big difference, however, is the fact that commuting to work takes half the time and that he can choose to cycle to work.

– We feel that pretty much everything has improved since moving here. The preschool feels better, with smaller groups of children and a ten times larger schoolyard. We can see our family more frequently, which means that the children get to develop a a better relationship with them.

Today, the family lives in Rambodal in Norrköping in a large house 119 sqm house, which gives the children a greater freedom and an opportunity to spend more time outdoors. The plan now is to stay in East Sweden and let the children grow up there.

– Overall, we feel like the daily pace is generally less stressful which has led to a higher quality of life for the whole family, says Daniel.